Author: Charlie Huston
Hank Thompson is living off the map in Mexico with a bagful of cash that the Russian mafia wants back and many, many secrets. So when a Russian backpacker shows up in town asking questions, Hank tries to play it cool. But he knows the jig is up when the backpacker mentions the money . . . and the family Hank left behind. Suddenly Hank's in a desperate race to get to his parents in California before anyone can harm them. Along the way he'll face Federales and Border Patrol, mafiosi and vigilantes, extortionists and drug dealers, and a couple of psychotic surf bums with an ax to grind. From the golden beaches of the Yucatán to the seedy strip clubs of Vegas, Charlie Huston opens a door to the squalid underworld of crime and corruption - and invites the reader to live it in the extreme. " rocks and rolls from the first page. This is one mean, cols, slit-eyed mother of a book." Peter Straub 2005
Read online or download ebook
Found an error? 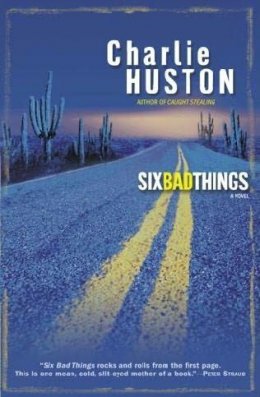