My books
Ebooks Library » Classic Detective » Death At The Bar

Death At The Bar

Author: Ngaio Marsh
Among the guests at the Plume of Feathers on the memorable evening of the murder were a West End matinée idol, a successful portrait painter, an Oxford-educated farmer’s daughter, a radical organizer and assorted rustics and villagers. Each of them had an opportunity to place the deadly poison on the dart that seemingly had been the instrument of murder. But no one admitted seeing any suspicious movement on the part of anyone else. And what exactly had been the method of the killer? This was the problem Inspector Alleyn had to solve — and he does so with all of his accustomed verve and brilliance.
Read online or download ebook
Found an error? 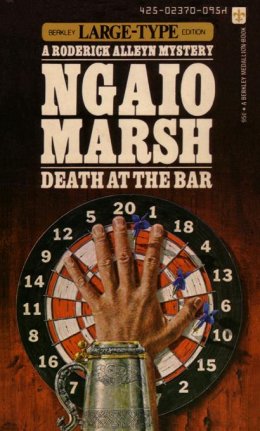